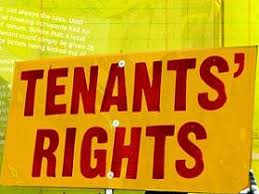 Nothing but good news. And it’s about time. Better yet, there is a hidden gem in this new rent control law that isn’t getting much press, but should bring extra smiles to the faces of tenants. The new law is Civil Code §1946.2 (AB-1482). The law has two very good provisions, but only one portion of the law is getting publicity. The obviously good provision of the law states that your landlord cannot raise your rent more than 5% – 10% in a given year. That’s the portion of the law that everybody is hearing about. However, the second part of this law will likely have a greater effect on tenants’ lives.

What is this hidden portion of the law that is so wonderful?

You’re going to love this part. A landlord can no longer terminate a tenant’s lease unless they have good cause. This is a major change to California law. Before this new law, a landlord could terminate a tenant’s lease for virtually any reason, and there was nothing that you could do about it. If your moody residential manager didn’t like your attitude, or the attitude of your teenage children, they could terminate your lease. So what if you had lived at the complex for 10 years. If you didn’t kiss up to your moody manager, you could be out. However, with the new law, the days of kissing up to your manager are over. With the new law, a landlord cannot terminate your lease unless you do something really bad. Gone are the days of your landlord evicting you because she felt you were rude to her when you complained about a repair, or because she got mad at your teenager daughter who rolled her eyes at her. The new law says that the landlord can only terminate a lease under the following circumstances:

2. You commit a major violation of the lease. This means doing something worse than parking in the wrong parking stall, being rude to the manager, or putting an ugly plant on your patio. No. A major violation entails someone being extremely disruptive at the complex, constantly arguing with tenants, bringing a pit bull to the property when animals are not allowed, or having loud parties late into the night. However, even if you commit a major violation of the lease, the landlord is first required to give you a written 3-Day Notice to correct the problem, before terminating the lease. This gives you a chance to correct the problem, to avoid eviction. An exception to this rule is criminal conduct. If someone assaults a tenant, sells drugs on the property, or commits any violent crime, the landlord is free to immediately terminate the lease without giving a 3-Day Notice.

3. Subletting the property. You cannot list your extra bedroom on Air BnB without the landlord’s permission, nor can you move your friends in without the manager’s approval. However, if your friend can qualify, then the landlord must let them move in, so long as there is room in the unit. By the same token, a landlord cannot refuse to allow a tenant to move their children into the unit. If there is ample room in a unit, then the landlord basically has no right to refuse to allow a parent to move their children into the unit with them.

4. Create a nuisance at the property. The law doesn’t let a landlord define a nuisance as being anything they don’t like. Rather, the law envisions conduct or activity that is so offensive to the senses, that it could only be understood to be unbearable to those around them, thus constituting a nuisance. Playing your stereo very loudly after repeatedly being told to stop would qualify as a nuisance. Smoking marijuana or cigarettes on your balcony when told to stop would also qualify. On the other hand, children making noise while playing inside or outside is not considered a nuisance, unless the conduct is shockingly intrusive. Otherwise, it is against the law for the landlord to rule that children making noise while playing is a nuisance. This is true even if neighbors complain about children making noise. State and federal fair housing laws permit children to play and make noise. A person cannot be evicted for letting their children play inside or outside. A landlord is not allowed to declare children a nuisance, unless the children are completely off-the-rails when playing, such as blowing a trumpet at midnight, or doing something that no reasonable person should be required to tolerate.

5. Commit material damage to the property. This is fairly obvious. You cannot remodel the kitchen if the landlord didn’t give you permission.

6. The tenant refused to allow the landlord to enter the unit to make necessary repairs. Notice that the word “necessary” is italicized. Too many landlords use flimsy excuses to snoop around a tenant’s unit, usually on the claim that they need to investigate to see if any repairs need to be made. That’s illegal. A landlord cannot come into your apartment to make annual inspections, or to look around to see if anything needs to be repaired. That’s not allowed. A tenant is free to refuse to allow a landlord to come into their unit if there is nothing that needs to be repaired. A landlord cannot evict a tenant who refuses to allow a landlord to come into their unit to check the smoke alarm batteries, or to investigate to see if repairs need to be made. Landlords think that they can get around this law by declaring that they need to check the smoke alarms, to make sure the batteries are working. This is NOT a reason that would allow a landlord to come into your unit.

Be aware that there are some situations where a landlord can terminate your lease, even if you haven’t done anything bad. For example, if the landlord has decided to sell the property, or if the landlord intends to move into the unit with his family, then your lease can be terminated at its conclusion. In such a situation, if the landlord asks you to move-out, he must give you money equivalent to one month’s rent to move out, to help you on your way.

As an aside, this new eviction law doesn’t apply to the rental of a single-family owned residences, nor does it apply to owners of homes who rent out rooms in their homes.  As for the rent-increase portion of this law, it does not apply to apartment buildings that are less than 15-years-old.

MY LANDLORD WANTS ME TO MOVE OUT SO HE CAN MOVE BACK INTO THE PROPERTY. DO I HAVE TO MOVE? 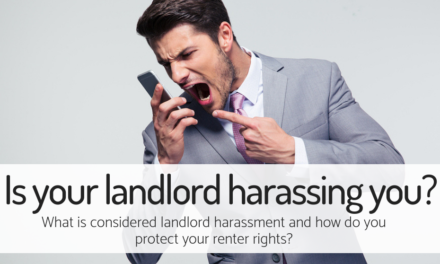 CAN MY LANDLORD REFUSE TO RENEW MY LEASE?